Staff From Oakmont Of Valencia Getting Ready For Summer Grand Opening 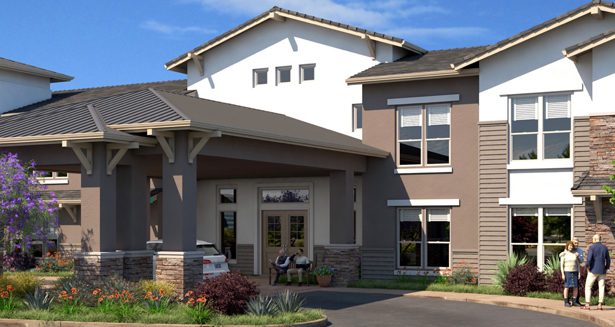 Staff from Oakmont of Valencia are preparing for their summer grand opening, and have a number of events set for future residents before they begin to move into the community around the end of July.

“Until the time we open this summer, we will be doing lots of events at the community, where our residents — or our future residents — can come in, get to know one another,” said Mary Dembkowski of Oakmont of Valencia. “We’re just so excited to bring them all together.”

Certain floorplans in the assisted living apartments, as well as one of two memory care “neighborhoods,” currently have a waitlist at the luxury Santa Clarita senior living community, according to Dembkowski.

The memory care apartment homes are set to be opened in two “phases,” with the first neighborhood expected to open along with assisting living during the grand opening, and a second phase anticipated to open afterward.

“We’re opening phase one, which that has filled, and then we’ll transition into opening what we call phase two,” Dembkowski said. “They’re both beautiful neighborhoods with their own dining area, their own courtyard, we even have a movie theater in memory care.”

Creating a separation between both the memory care neighborhoods gives staff the opportunity to have different programs specifically designed for the needs of each group’s residents, according to Dembkowski.

“Having those two memory care communities is giving us a little more freedom to run different programming simultaneously,” she said.

Anyone interested in finding out more on Oakmont of Valencia before the community reaches full capacity in reservations can contact staff for additional details.

“We have an information center. It’s a great way to learn about the community,” Dembkowski said. “The best way to reach us is to call or stop by, or visit our website.”